They’ve hit Darcy Swain in the face and pulled his hair, slapped Michael Hooper during a try celebration and pinned Nic White’s head to the round with an elbow to the throat, but England have claimed the moral high ground as niggle-gate dominates the lead up to Saturday’s deciding Test in Sydney.

While White said he was surprised at the level of niggle in the series, and he was laughed away by Eddie Jones, England assistant coach Richard Cockerill, said the Wallabies focus on England’s apparent dark arts raised questions about rugby in Australia.

Cockerill admitted “Ellis [Genge] last week probably overstepped the mark a fraction” in his tangle with White in Brisbane, but added the England coaches do not want “to hold the guys back either.”

“I keep hearing about the niggle that England have brought. I don’t know how Aussie rugby is, but I don’t see that as particularly niggle,” said Cockerill.

“I didn’t see one of our blokes getting sent off for a headbutt.”

Australia’s coach Dave Rennie has acknowledged England won the physical battle early in Brisbane as they roared out to a 19-0 lead in half an hour.

Cockerill said the statements had been processed by the tourists and they were ready to step up another level as well.

“Mentally we’re in a really good spot. And if the brain is willing, the body will follow,” Cockerill said.

“We’ve got no qualms that we’ll be able to bring the same physicality and more.

“I know Australia are talking about ‘we need more than last week. That’s exactly what we’re going to do. We’re going to bring more physicality than last week because we know if we do that, it puts us in the best place to win the game.

“I expect them to come hard physically at us. They lost the physical battle early in the game last week so they’ll want to put that right. Everyone’s watched the Origin and so everybody wants to start the game like that. Let’s see if we can do it.

“We probably won’t put five in a tackle like Queensland did early on. But we know the physical parts are going to be really important.

“They’ll have a reaction because certainly in that first 30 minutes or so, we beat them physically. So they’re going to come with more physicality. No surprise, so are we.”

Cockerill said he cherished the needle between the teams.

“Oh, how good is it?” he said. “t’s great, isn’t it? Because it’s all on the line. We lost the first Test and everybody wrote us off and we’re under pressure. Under pressure English teams come back really well.

“You want rivalry don’t you? You want a bit of spikiness to games. I don’t watch rugby league but I watch Origin because you know they’re going to run into each other like madmen. The first 15-20 minutes on Saturday let’s bring it on because it’s this is what it’s all about. It would be really boring if they were 2-0 up. Especially for us!”

Meanwhile Rugby Australia has defended its team’s travel plans in response to Eddie Jones’ suggestion that he and his team were doing more to promote the Test match in Sydney than the Wallabies, who arrived in town late on Thursday and have had one media event on the ground – on Friday with Michael Hooper.

“It was decided that camp was the best option for team prep for this series. May not be for future series,” a RA spokesman told The Roar. “In the meantime we’re looking forward to the sell out tomorrow night – going to be great!”

Latu not a Tah just yet

Controversial Wallabies hooker Tolu Latu, currently serving an 11-week ban for a red card in French rugby, is still working on a deal to join the Waratahs next season. While it was reported this week that the deal taking him through to the end of the World Cup was done, a Waratahs spokesman told The Roar “there is no signed contract.”

If Latu’s agents can get the final agreement he is likely to play behind Dave Porecki and challenge for a place on the World Cup team.

RTS reacts to ABs call up

All Blacks code-hopper Roger Tuivasa-Sheck was clearly destined to wear the black jersey after being courted by New Zealand Rugby, and gets his first chance at the level in the third Test against Ireland.

“You’ve got to cherish these opportunities,” Tuivasa-Sheck told reporters after being named on the bench.

“This is a dream. As a competitor, an athlete, you want to play on these big stages. If you want to tell yourself ‘I want to be the best in the world’ these are the stages you get to prove that. To get this opportunity, it’s every competitor’s dream. 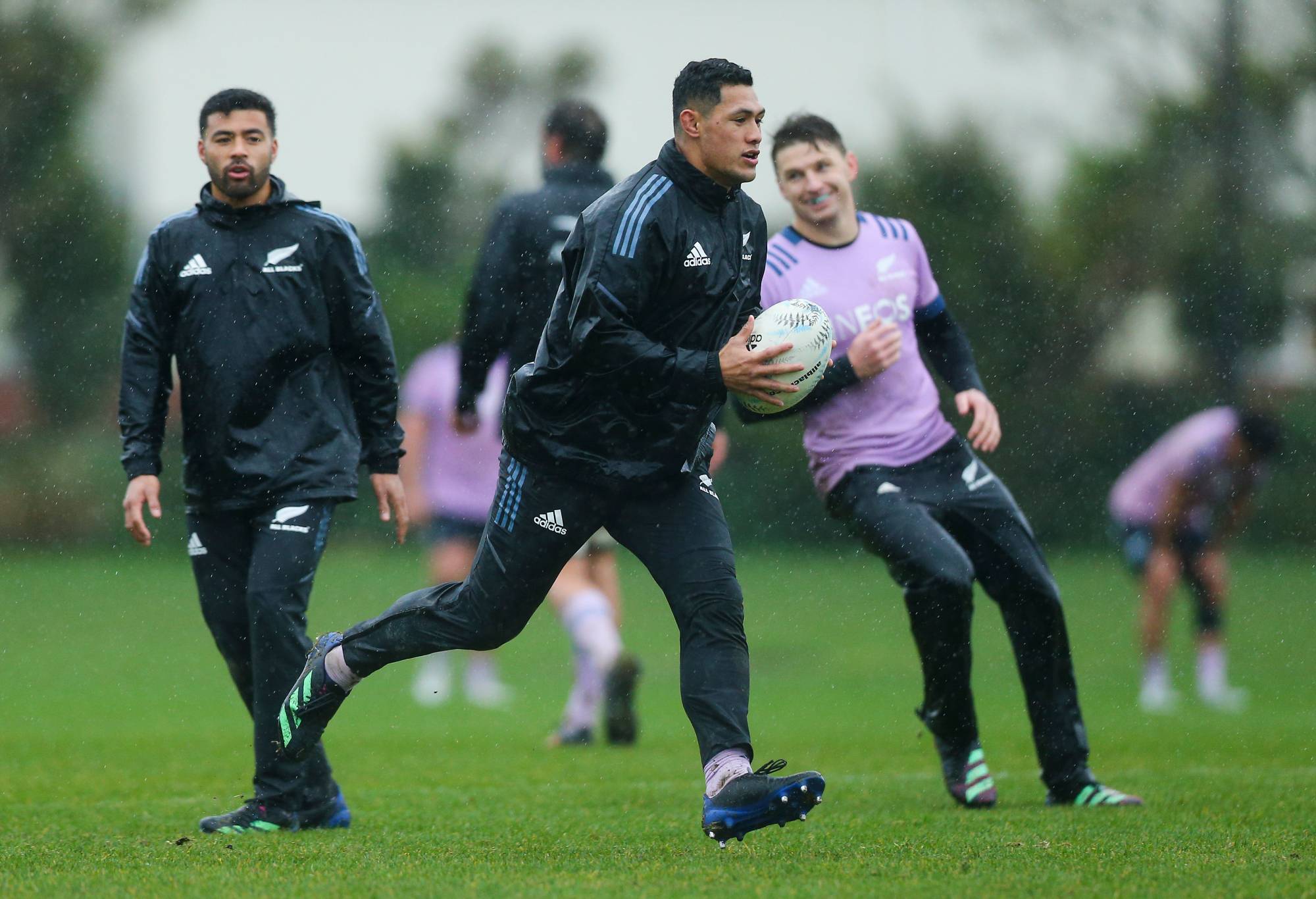 “You walk into the changing room, you see your jersey, with your name on top, your All Blacks number. It will be a bit overwhelming but I’ve got to zone-in as quickly as I can. Right now, what a buzz.”

“He’s going to bring a lot of energy and X-factor when he gets to take the field,” Havili said. “It’s a special moment for him and his family. I know how much he wants to go out there and get stuck in.

“He’s brought a different skillset to the midfield. It’s been cool to understand how he views our game. He’s fitted in perfectly. I’m looking forward to seeing what he can do when he gets out there.”

Under-pressure All Blacks coach Ian Foster says he’s “certainly aware” of the fan sentiment around his performance and promised the team was working on a bounce back in the third Test against Ireland.

“Internally, there’s a lot of reflection in what we’re doing,” Foster said.

“Then you get into gear and start really nailing the next week. So that’s where I’m at, I can’t wait.

“Everyone is learning that this is a high quality team we’re playing against, it’s a great examination for us. We have to show that we’re smart and we’re learning as well.

“This is where you want to be in terms of the excitement.”

Ireland’s stunning win in Dunedin raised calls for the ABs to sack Foster before next year’s World Cup, with a NZ Herald poll of almost 1000 readers showing 86 percent want him gone.

He will move on into the Rugby Championship without fellow selector Grant Fox, with the ABs legend stepping down from his life in rugby.

“I need to give this game up, because I need my weekends back,” Fox told the Between Two Beers podcast. “Since I left school I’ve been engaged with this game for 40 years with nary a break. It’s time now for me to make sure that I’ve got more time on my hands to be present elsewhere.

“Is there emotion? No, not really, because it’s not about me; it’s about the group and their performance. I’m in my 11th season doing this and it’s been a great ride and a hell of a privilege, but it’s time to stop.

Australia A head coach Jason Gilmore has made two changes to the starting team for the final match of the Pacific Nations Cup against Tonga at Churchill Park in Lautoka, Fiji (10am AEST and live on Stan).

The Aussies can still claim the trophy with a victory and a win by Fiji over Samoa that will leave all but Tonga on two wins from three wins.

Brumbies hooker Billy Pollard replaces Matt Faessler while Will Harris will get the No.6 jersey. 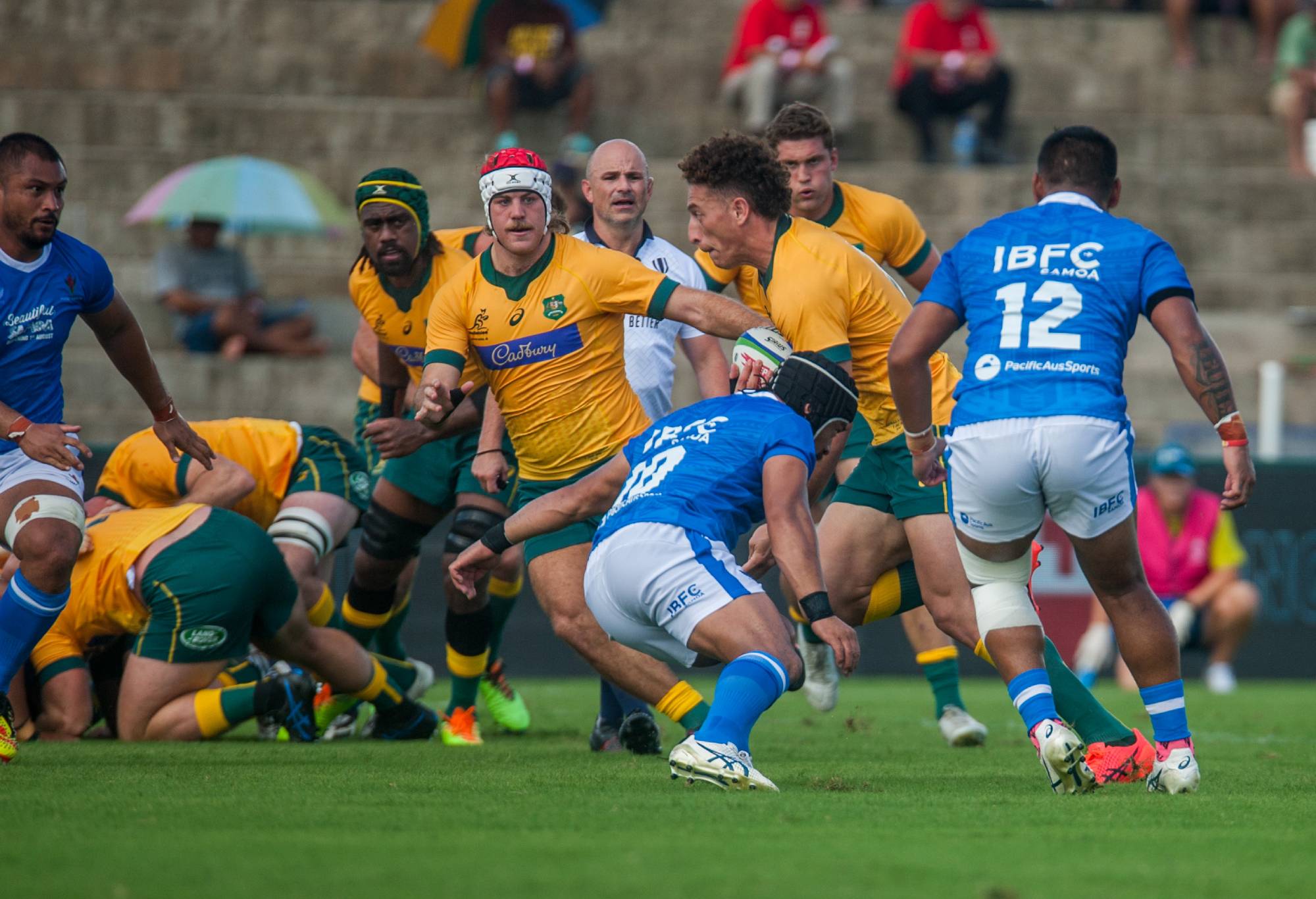 Australi A with the ball during the World Rugby Pacific Nations match between Australia A and Samoa at HFC Stadium on July 2, 2022 in Suva, Fiji. (Photo by Pita Simpson/Getty Images)

Tom Ross gets a spot on the bench in the place of Archer Holz while Western Force backrower Tim Anstee replaces Jackson Pugh.

Hamish Stewart will return to the bench after last appearing in the opening loss to Samoa while Mark Nawaqanitawase left the group to join the Wallabies camp.

Gilmore said in a statement: “The group has worked hard over the last fortnight to get a great result against Fiji.

“To beat a strong Fiji team in Fiji was a special occasion for everyone, in particular for Seru (Uru), Filipo (Daugunu), Langi (Gleeson) and Mark (Nawaqanitawase).

“But we need to back it up against Tonga, they will be desperate for a win and will bring plenty of physicality early.

“We know what to expect and need to make our actions count.

“The boys are excited for the challenge ahead.”

Australia A will compete to win the Pacific Nations Cup this Saturday 16 July at 10:00am AEST at Churchill Park in Lautoka, Fiji with every moment live, ad-free and on demand on Stan Sport.

Australia A side to face Tonga